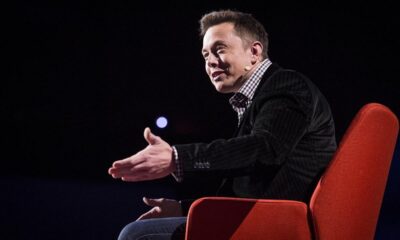 Despite his company, Tesla making profits from its recent Bitcoin purchases, billionaire entrepreneur Elon Musk has taken to Twitter to reassure the crypto community that he has not sold any of his personal BTC stashes.

Musk’s remarks came in response to comedian Dave Portnoy’s claims that the Tesla CEO profited from a Bitcoin pump and dump facilitated by his public support for the cryptocurrency.

Rejecting Portnoy’s claim, Musk stated, “Tesla sold 10% of its holdings essentially to prove liquidity of Bitcoin as an alternative to holding cash on the balance sheet,” adding,

“I have not sold any of my Bitcoin.”

So am I understanding this correctly? @elonmusk buys #bitcoin. Then he pumps it. It goes up. Then he dumps it and make a fortune. Listen I own 1 #Bitcoin but #bitcoin is exactly who we thought it was. Just don’t be last 1 #HODLing the bag.

Tesla Inc. made a $272 million profit. On the sale of a portion of its Bitcoin holdings in the first quarter of 2021.

After disclosing a strategic acquisition of $1.5 billion in Bitcoin in February of this year. The company catalyzed the crypto market bull run, worth 7.7% of its gross cash position at the time.

Tesla announced in the same month that it would begin accepting BTC payments for its cars. Emphasizing that the funds would be stored in Bitcoin rather than converted to cash.

Elon Musk has previously avoided disclosing how much Bitcoin he owns, but his most recent tweet suggests he is hesitant to sell it.