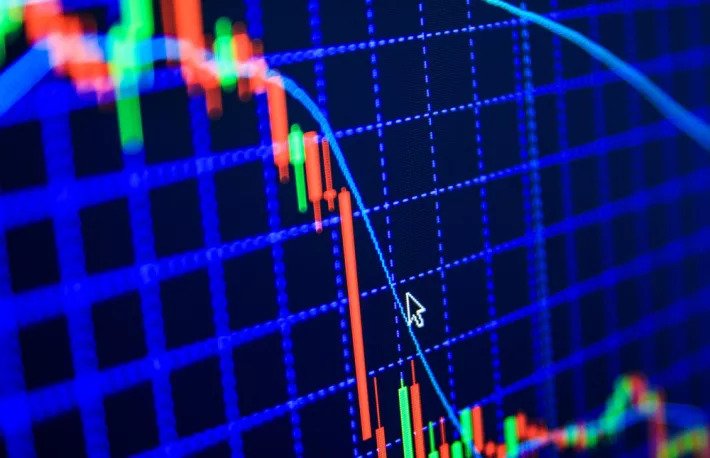 Their 2020 Geographic Risk Report argued that “effective Know-Your-Customer (KYC) protocols are an essential component of any anti-money laundering (AML) regime.” But in order to see how strongly these protocols are implemented and to have geographical locations where KYC could be “exploited by money launderers, criminals, and extremists,” the researchers analysed KYC processes of more than 800 VASPs in more than 800 VASPs. Based on how easy it would be to launder money after opening an account. They assigned VASPs to “Weak,” “Porous,” or “Strong” KYC score.

What they found is that many nations continue to host KYC deficient VASPs-56 percent of VASPs worldwide have KYC weak or porous in 2020. Compared to the outcome of last year, which said that two-thirds (c. 65 percent) of the 120 most popular crypto exchanges had weak or porous KYC practises. The result of this year is an improvement-but CipherTrace warned that there is still a long way to go. “The large percentage of KYC-deficient VASPs makes it easy for criminals to exploit. And launder their funds from these institutions,” they added.

Europe has the highest number of VASPs with deficient KYC procedures. Despite the 5th Anti-Money Laundering Directive (AMLD5)-60% of European VASPs have weak or porous KYC. Yet, according to the graph below, when it comes to the number of VASPs. With strong KYC as well, it is in second place. 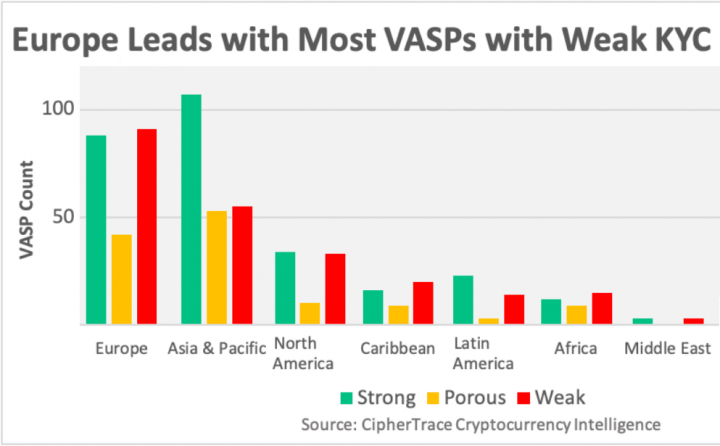 When it comes to the number of all three types of KYC that VASPs use, North America is in third place. According to the graph, its weak and strong forms are neck to neck.

In addition, as countries with the highest count of VASPs with weak KYC, the US, UK, and Russia lead. According to the report”. While 44 percent of US and 40 percent of UK exchanges were found to have weak KYC practises. 80 percent of Russian exchanges are characterised by these KYC deficiencies.”

China and Russia are the next two closest countries with large numbers of KYC deficient VASPS. Yet these two countries have between 31% and 44% fewer KYC weak or porous VASPs. Than any of the three leading countries, “the report added.”

The researchers have concluded that 60 % of the world’s top 10 worst KYC nations are in Europe, 20% in Latin American and Caribbean countries, and 20% in APAC countries.

Finally, there are VASPs that do not publicly disclose the country in which they are registered, many of which conceal it, although it is obvious that in a given country they serve customers. The study found that 85 percent of VASPs have weak or porous KYC without a clear domiciled nation. “CipherTrase concluded that” [t]he fact that these VASPs lean heavily on having little or no KYC highlights their intention to circumvent AML regulations. The lack of a clear home , particularly when combined with a poor KYC score, should be considered an AML red flag. 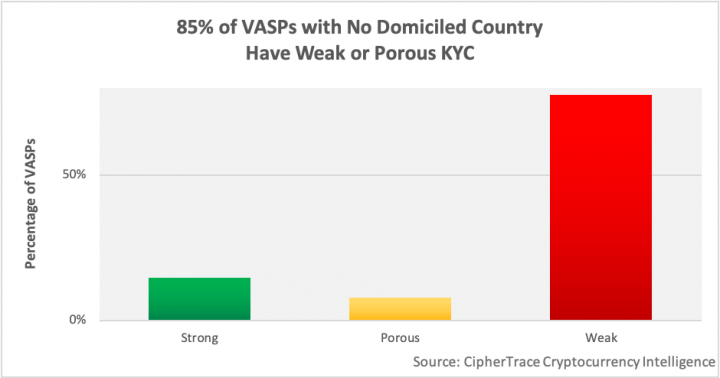