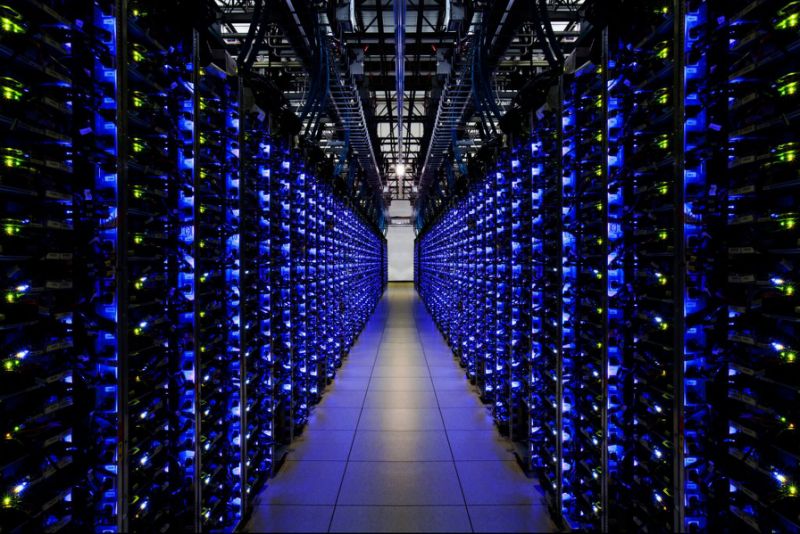 After the mining difficulty of the Bitcoin (BTC) has sprung sharply today, mining has become 20 percent more difficult than just before the third BTC halved in May. In the same period of time, however, the price of the most popular cryptocurrency rallied by 27 percent, saving the profit margins of miners.

Mining difficulty, or the measure of how hard it is to compete for mining rewards, jumped by 11.35 percent to 19.31 T on Sunday morning (UTC time), hitting a new all-time high.

This increase was the second-highest in more than a year since the BTC network recently had to adjust the average block time. That was below the normal 10-minute time. It even hit 8 minutes this week, meaning that miners managed to find a new block after boosting the BTC network’s computational power. Known as hashrate, and claim the BTC 6.25 reward faster.

Bitcoin’s mining difficulty is adjusted to be precise around every two weeks, or every 2016 block. As the cost of finding a block rises, the greater the difficulty, the less profitable Bitcoin mining is.

However, even after this measure reached it’s new all-time high. And is now 20% larger than it was before halving in May this year. When the BTC block subsidy was cut in half to BTC 6.25 per block. Bitcoin’s price helped offset the rising costs somewhat. BTC jumped by around 27 percent over the same period of time. While hashrate is up by almost 9 percent, also reaching a new all-time high in September. 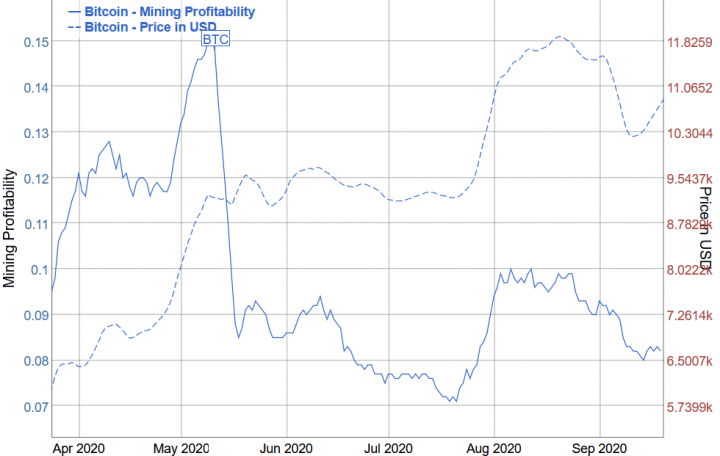 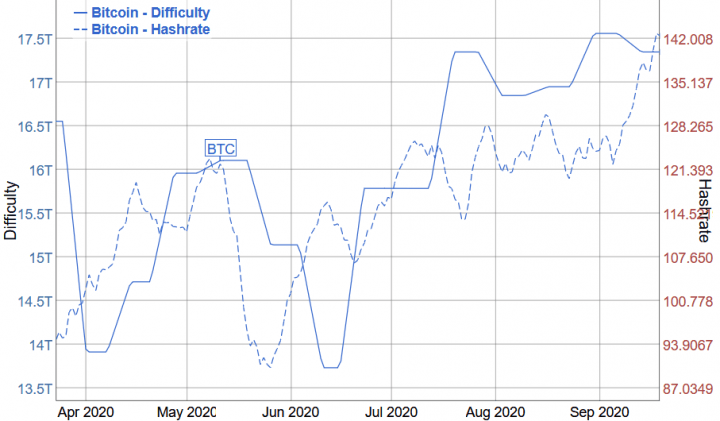 Meanwhile, on the day of adjustment to the difficulties. Miners sold more BTC than they had generated in the past 24 hours. As reported, miners want to get the best price for their bitcoins. But still need to cover operating expenses “They are generally not long-bitcoin, but are market savvy.”