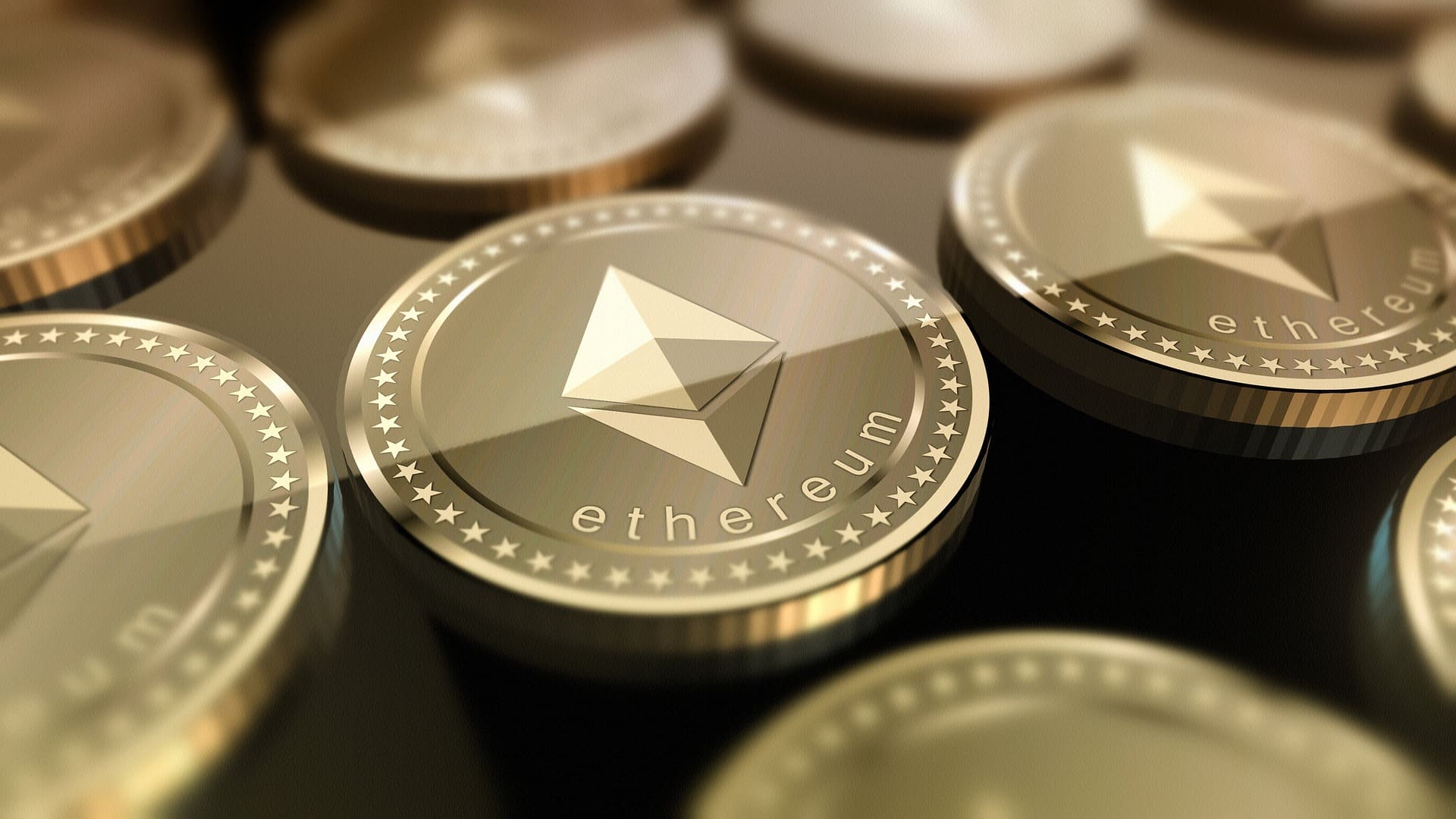 As the Bitcoin network showed signs of a bullish rally on the market, Ethereum. The second-largest crypto was not far behind in showing signs of a market upward trend. The Etheruem network has highlighted the ecosystem’s strength not only with the coin’s market position. But also with its extended ecosystem.

As regards the ETH coin, on-chain data suggested that for seven consecutive days. The coins had more than 500k active addresses. Because of its history, that was seen as a sign of a strong market. The last time this trend emerged was in January 2018. When the price of ETH went up to an all-time high of more than $1,400. Although the current rise in addresses was not driven by the price peak of the ETH. The network made progress with decentralized finance and the growth of stablecoins based on the Ethereum.

The ERC-20 token can be used as a proxy for measuring Ethereum activity, which could also suggest trends in overall network usage. Since March, Ethereum-issued stablecoins such as Tether [USDT_ETH], USD Coins [USDC], and Paxos [PAX] have seen huge increases in active addresses. USDT_ETH led the way with a huge margin amongst the three stable coins. 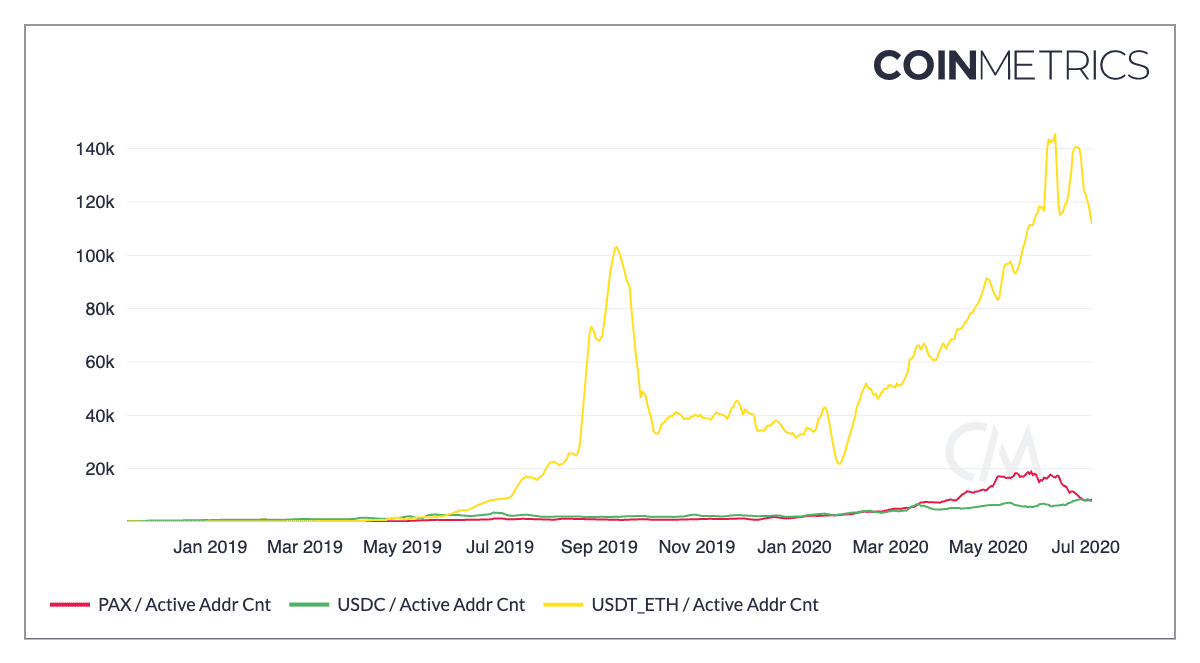 The USDT ETH addresses peaked temporarily in June, but in July the addresses began to decline. This trend was visible in Paxos, but USDC addresses have seen steady growth since March. And are now reaching all-time highs.

Likewise, three prominent DeFi related ERC-20 token 0x [ZRX], Maker [MKR], and Kyber Network [KNC] have also reacted to the future ecosystem developments. This was more prominent with the KNC as it hit an all-time high in July. According to data provider CoinMetrics, this peak was due to the anticipation of the Katalyst. And KyberDAO updates that will introduce new sting rewards. 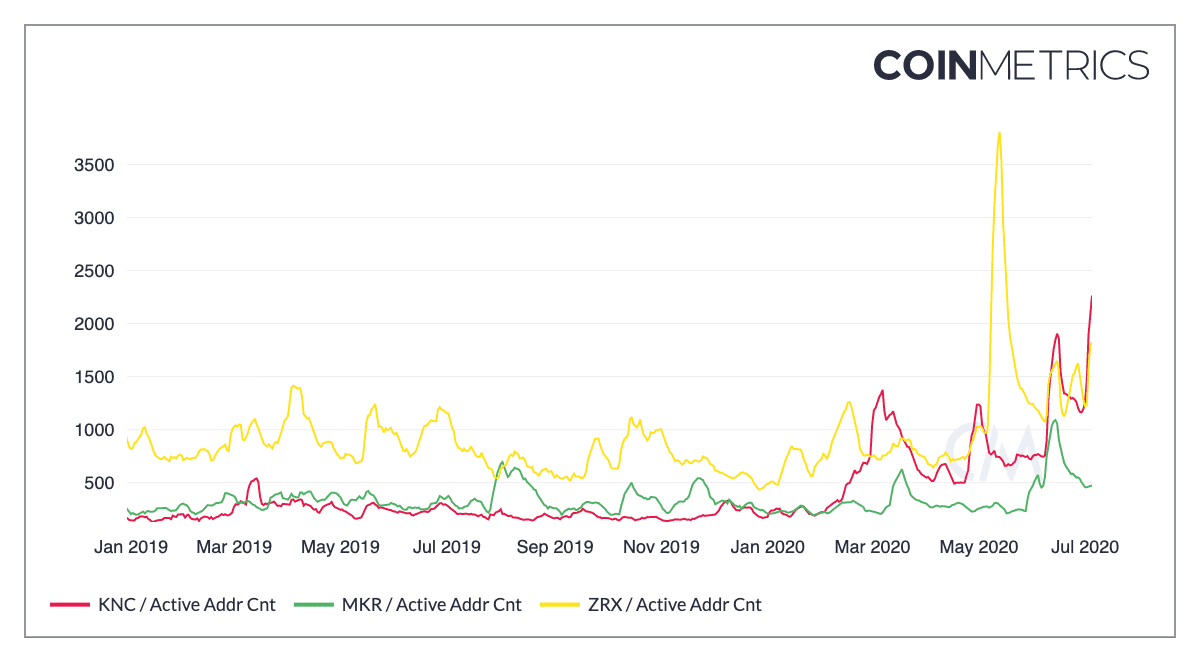 At the same time, ZRX ‘s active addresses also reported growth in early July, similar to that seen in May. MKR addresses, too, have declined since the peak of mid-June. The fall wasn’t brutal though, but it kept the level going up.