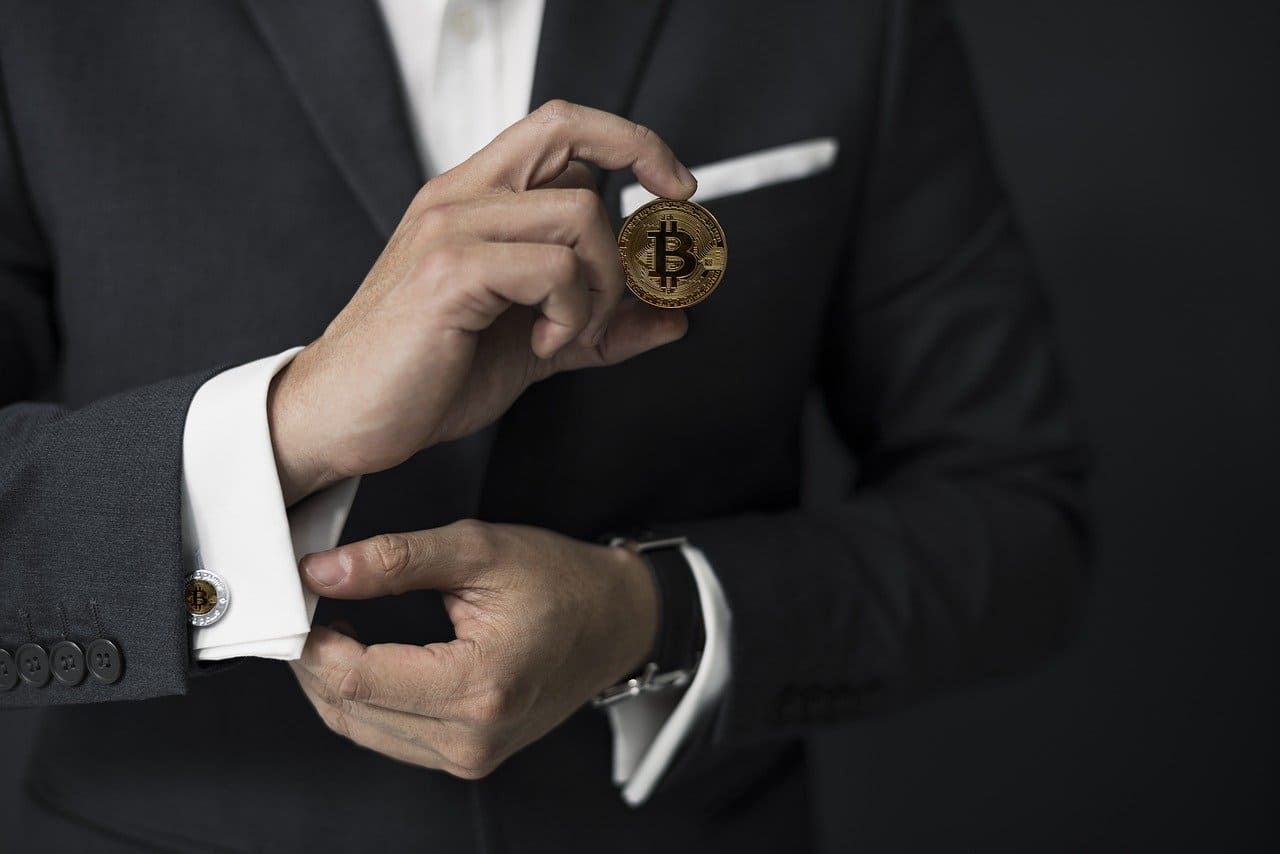 Bitcoin has seen some significant fundamental development over the past week. According to on-chain data that seems to have come about in conjunction with the climb of the cryptocurrency benchmark into the region of $7,000.

Large players on the nascent crypto-market, generally referred to as whales have fuelled this fundamental development. Appearing to be engaging in heavy accumulation in the time following the extreme crash of the crypto-currency at mid-March.

The confluence of these factors does seem to suggest that Bitcoin currently has some notable fundamental strength, which may also mean that it is bullish in its short-term outlook.

As per a recent weekly report from Glassnode research and analytics platform, over the past week Bitcoin has seen some notable fundamental progress, as indicated by its transactional volume and increase in active entities.

Glassnode states in the study that the amount of transactions adjusted for transition has risen over 23 percent over the past week.

The spike in tx volume has come about alongside that seen by the price of Bitcoin. Which has risen from lows of $6,700 to $7,500 highs. This is where the crypto faced some major resistance that led its price down to the lower region of $7,000.

Just as Bitcoin is currently trading from where it began the year, the crypto has also seen a remarkable 38 percent rise in the volume of transactions since January 1. Pointing to higher market participation rates among investors.

The reason for the increase in Bitcoin transaction volume seen over the past week may stem from the accumulation of large market players. With data showing that the number of entities with more than 1,000 BTC accelerated significantly. Since Bitcoin crashed to $3,800 on March 12.

“The number of whales (i.e. entities of at least 1000 BTC) increased leading up to last month’s market crash, and accelerated during and after the crash. This indicates that larger market players are accumulating BTC, providing an optimistic sign,” the research firm noted. 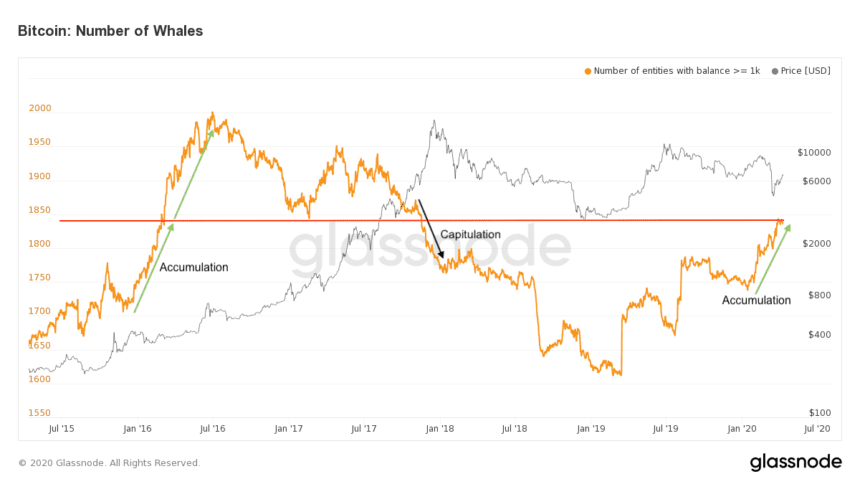 This is interesting to note that since early 2016. Which is also about the period when Bitcoin saw its last mining rewards halving case. There hasn’t been this much accumulation of whales.

It has led Glassnode to believe that Bitcoin is expecting major players to see an imminent near-term rally. That could theoretically spark by the inflation reduction triggered by the halving next month.

“This trend implies that despite an uncertain market environment, whales remain confident that now is a good time to be accumulating BTC. Suggesting that they believe there is further room for improvements,” they concluded.