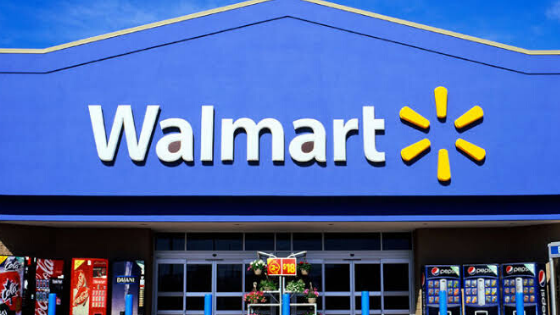 Walmart Canada in collaboration with DLT Labs has launched the world’s largest full production blockchain solution for any industrial application. The blockchain-based freight invoice and payment reconciliation solution is now rolling out across Walmart Canada’s 60 transportation carriers. Its primary goal is to increase trust, efficiencies, and savings between Walmart and its carriers. However, all carriers in the nation-wide network will on-board by the end of February 1st.

The initiative was championed internally by John Bayliss, Senior Vice President of Logistics, Walmart Canada. Bayliss explains how the initiative came about:

We had some very vocal carriers complaining about the lead-times to get accounts settled. We knew these were system issues and not people problems. Early on, one of our tech leaders suggested a blockchain network might be interesting, but we weren’t really sure. The one thing we knew is we are definitely not experts on blockchain. And if we were to go down that path, we would need a partner that was willing to co-create with us. So, I put the challenge out to the team and that lead us to DLT Labs.

The partnership with DLT was a yearlong effort where the duo collaborates to customize a blockchain-enabled freight invoice and payment reconciliation solution. It has to meet Walmart’s unique needs and build on DLT’s supply chain platform.

How the Application Really Works for Walmart Canada?

Loudon Owen, Chair and CEO of DLT Labs, explains how it works. He says the new system uses distributed ledger technology to track deliveries, verify transactions, and streamline the payment & reconciliation process among Walmart Canada. Also, across its carriers that deliver goods to over 400 retail stores across Canada annually.

Owen describes the more technical aspects by saying that the platform integrates and synchronizes all of Walmart Canada’s freight supply chain and logistics data in real-time. It ensures that the data between Walmart and its fleet of third-party trucks are on a shared ledger. It also automates the huge number of calculations to enable real-time invoicing, payments and settlement. In addition, it integrates with each company’s legacy systems. So each organization can continue to follow its existing processes without retraining or new investment in technology.

Testing of the Blockchain Application

Walmart Canada and DLT Labs pilot the blockchain-based freight payment network first in January 2019 with Bison Transport as the roll-out carrier. After the successful pilot, the remaining Walmart Canada carriers began on-boarding in October 2019. Walmart Canada’s remaining carriers will be live on the system by the end of 1st Feb 2020 which will be accessible in multiple ways. One can access it through a web portal, or system-to-system through API’s, and an intuitive user interface.

DLT Labs and Walmart Canada collaboration extended to Bison Transport shortly after the parties began working on the “how.” Bison played an essential role Bayliss says:

Our freight payment problem was a real pain point for our carriers. Having one of our major carriers on board was critical because we knew if we were going to develop a workable and scalable solution – it would have to work for the carriers too.

Bison is a top ten transportation supplier in Canada. From their perspective we weren’t able to get the data reconciled as quickly as we needed to. There were disputes in what data we were using, including the timeliness in which we were paying.

This blockchain initiative was a new paradigm that had the ability to greatly improve workflows, reduce paperwork, and make the business we do with Walmart more efficient. We welcome Walmart’s openness and transparency and ultimately we were glad to have had the ability to work with Walmart as well as DLT as peers to create a mutually beneficial solution that works well for Bison Transport and Walmart Canada.

The joint team operated with three simple goals shared by Walmart and DLT:

Bayliss says having shared goals was important. We kept coming back to these ‘core tenets’ because we knew if we could deliver on these common goals, we’d have a solution we’d all feel comfortable with. We all shared this commitment – Bison, DLT, and Walmart.

Ultimately the platform was developed with extensive transparency, using blockchain technology as the foundation. Bayliss reflects: “It came down to aligning behind finding a way to get to one version of the truth. Using blockchain made us find a solution we could focus on together – not just a Walmart initiative. This meant looking at inputs differently and finding ways to optimize across the entire supply chain, not just for what Walmart wanted. From our perspective, we’re now able to be much more efficient in how we process and manage the data around our relationship with Bison, and all other carriers.

“Previously payments were monitored and assessed in a way that was overly difficult and extremely manual, given the volume of data and complexity of information we have. DLT Labs led the joint team to really develop something that should be a role model for the entire industry.”

Hendrickson agrees. “From Bison’s perspective, there is much greater clarity in how we work with Walmart. The transparency and integrity we have built – not just in the new freight payment process and system but in how we worked collaboratively along the way – has significantly strengthened our relationship with Walmart.

It is the bottom line – for all of the companies. The new freight invoice and payment reconciliation system using distributed ledger technology has led to increased trust, efficiencies, and savings. The side benefit is the newfound learning truly unlock the power of innovation. It explains how the right mindset through shared goals and co-creation can lead the way.

So, what do you guys have to say about Walmart Canada’s this move on blockchain technology‘s adoption? Do let us know in the comment box.