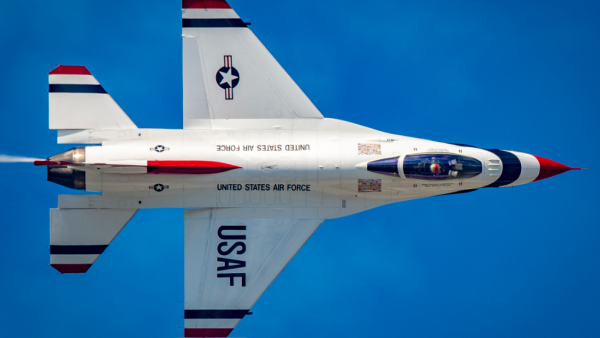 The US Air Force has signed a contract with blockchain data management company Fluree to more securely track and share information within the military. Blockchain startup Fluree reveals the news on 7th Feb. According to the report, the US Air Force will use its decentralized database to keep track of how information enters its systems, and who has access to it. This will make it easier for the Air Force to share information with other military departments – both within the US military and with its allies abroad. Fluree’s tech will also help to quickly determine the integrity of a piece of information in the database. The co-CEO of Fluree Brian Platz said.

Fluree uses what it calls “smart functions” (the company’s own take on smart contracts), where code triggers when data changes. The smart function ensures that the person requesting the change is authorized to do so and that the change fits the schema.

All this on the security of a decentralized ledger. “Just like you can prove an account address in Bitcoin made a transaction at some point in time, we can prove how every piece of information got into the system,” said Platz. He further explains this way the data has an immense amount more integrity than a typical database. In a typical database, you don’t really know how the data got in there and if this has any integrity.”

Explaining his points, Platz made an example.

Platz also said “If there’s a critical safety issue about a piece of aircraft, and the Air Force wants to alert someone, how do we know the origins of who’s even reporting that? It could be someone with malicious intent trying to report erroneous information.

Fluree was founded in 2016 by Platz and Co-Founder Flip Filipowski. It is headquartered in Winston-Salem, North California. In June, it grabs $4.7M seed round to build blockchain-based database. Fluree’s previous work includes creating a blockchain database for Indian graduates to combat fraudulent degrees. Forthcoming projects include working with major hospital systems in the United States, and work with the US Department of Energy.