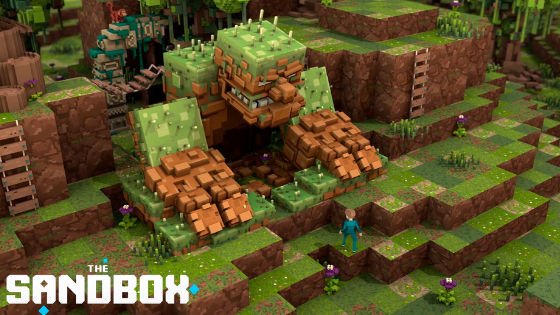 A large part of the economy will always remain dependent on gamers. Whether it was parents throwing down $200 for a Nintendo Entertainment System back in the 1980s or millions enticed by freemium models, people around the world are drawn in by addictively fun games. Blockchain-based games like The Sandbox (TSB) are fulfilling these needs for a new generation of users. And, Ethereum has been quick to capitalize on its success.

The game has 166,464 pieces of LAND in total. It means about 5% of the available space has already been sold in these presales. According to Decrypt, among the major buyers are other gaming companies like CryptoKitties, My Crypto Heroes, Olf Skull Games, as well as Dapp.com, a website ranking and analyzing decentralized applications.

Games with nonfungible token technology like TSG are the key to the mass adoption of crypto. What started as a mobile creation game with more than 40 million downloads has become one of the most coveted blockchain games on the market. COO and co-founder, Sebastien Borget, is aware of the effect TSB has had:

The success of the first two presales of The Sandbox strongly validates our approach to building a gaming metaverse, showing the growing interest from creators and gamers in the benefits of true digital ownership that will allow them to monetize their future creations within an open economy. We can see without any doubt that users are ready to jump into our vision of the Metaverse.

The Sandbox is expected to launch in late 2020. However, a third presale of the highly desired LAND may be announced in the near future.