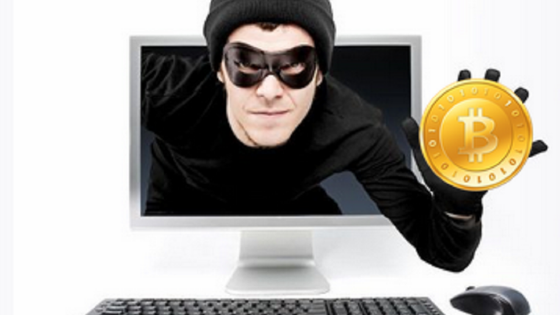 A new extortion scam targeting website owners serving banner ads through the Google AdSense program has begun circulating the internet. The malicious scheme demands Bitcoin in exchange for preventing an attack, which would purportedly lead to the users’ AdSense account suspension.

The email-based extortion scheme was first reported by security news and investigation block KrebsOnSecurity on Feb 17. The blog post detailed that some site owners received a message as their site had been spotted by the malicious program as one seeking revenue from publishing an ad. The message ostensibly read:

Very soon the warning notice from above will appear at the dashboard of your AdSense account undoubtedly! This will happen due to the fact that we’re about to flood your site with huge amount of direct bot generated web traffic with 100% bounce ratio and thousands of IP’s in rotation – a nightmare for every AdSense publisher. More also we’ll adjust our sophisticated bots to open, in endless cycle with different time duration, every AdSense baner which runs on your site.

The message appears as a warning, wherein the cybercriminals demand $5,000 worth of BTC to deter the attack. The user who shared the message with KrebsOnSecurity said that their recent AdSense traffic statistics had detected a substantially increased invalid traffic. Google ostensibly called the scam classic threat sabotage, where a fraudster tries to trigger an enforcement action against a publisher by sending invalid traffic to their inventory.

The news came on the heels of Google’s new policy regarding its ads, wherein the team behind AdSense said that it will stop showing ads before invalid clicks happen. “This year, we’re enhancing our defenses even more by improving the systems that identify potentially invalid traffic or high-risk activities before ads are served. These defenses allow us to limit ad serving as needed to further protect our advertisers and users,” Google explained.

Previously, Google took a hard line on decentralization and cryptocurrency. The most prominent example of hostility from Google occurred in June 2018, when the company announced that it would ban all-crypto related advertising in accordance with an update to its Financial Services policy.

Most recently, Google blacklisted keywords mentioning Ethereum on its advertising platform, Google Ads. Google confirmed that “Ethereum” had been blacklisted as a keyword “regardless of the nature of the service that is being promoted.”

The leading cryptocurrency has been gaining popularity among criminals around the world. Earlier in February, 2 letter bombs exploded in the Netherlands and an anonymous criminal asked for a Bitcoin payment to prevent future attacks.

In Thailand, Singaporean Mark Cheng was kidnapped and tortured for a $740,000 ransom in BTC. After transferring all his available funds of $46,000, he allegedly made a daring escape as his captors prepared to murder him.