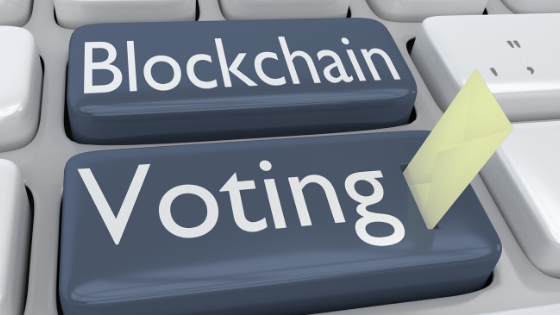 The Election Commission of India is collaborating with the Indian Institute of Technology to develop a blockchain system for voting. The Chief Election Commissioner reveals the news first on 16th Feb. The new system will aim to allow Indians to vote even when they are away from their hometowns. Furthermore, the commissioner has proposed to link Voter IDs with Aadhaar.

Using the Blockchain System for Voting in India

Chief Election Commissioner, Sunil Arora, said at the Times Now Summit on Wednesday that the Election Commission was close to solving one of the biggest voting problems in the country. Many people don’t vote because they are unable to get to their pooling booth on voting day. According to reports, about 900 million people were eligible to vote in the 2019 elections but a third of them, or about 300 million people, didn’t vote largely due to this reason.

The EC is working with the Indian Institute of Technology, Chennai, to develop a blockchain system. It will allow voters registered in any part of the country to exercise their franchise even after they move cities.

According to the publication, over 450 million people in India have moved from their hometowns for reasons. Some move for jobs, education, or marriage. During the opening session of the summit, Arora said he was hopeful that the blockchain system will come into effect during his tenure. He adds to his comments:

A proposal to link Voter IDs with Aadhaar, pending with the Ministry of Law, would be on the agenda during the EC’s February 18 deliberations on electoral reforms with the ministry.

Blockchain for Voting in Other Jurisdictions

Voting has been one of the most-explored use cases of blockchain technology in many jurisdictions. The Indian state of Telangana, for example, is exploring the use of this technology in this area. In its “Blockchain Policy” report, the state government emphasizes that “Blockchain has relevancy in a wide variety of areas, including tax filing, voting, land registry, healthcare, creating tamper-proof voting records, vehicle registries, fraud-proof government benefits disbursements, and digital identities for individuals, such as refugees, who lack government-issued identity documents.

In the U.S., several state and local governments have also been exploring using blockchain technology for voting. West Virginia began allowing certain voters to submit their ballots using the technology via an app called Voatz in 2018. Pierce Country in Washington state is also using this app in its blockchain voting pilot. Ohio has identified two key public sector blockchain applications: property record management and voting. On the other hand, the government of Chandler, Arizona is also exploring using a blockchain. It allows registered voters to cast their ballots electronically.

“It would empower voters that may not otherwise be able to make it to the polls to have their voice heard,” the city explained.

In a report published in June last year, the California Senate Office of Research wrote:

The potential security benefits of blockchain technology have led to several proposals to apply it to an array of voting applications, from securely storing voter rolls to allowing voters to record their votes remotely through an app.

However, the report points out that cybersecurity and election experts “have expressed skepticism, saying the online platforms are no more secure than other online ballots. They are concerned that blockchain addresses only the security of a cast ballot but doesn’t help to authenticate voters or the security of voters’ devices. Others have raised concerns that internet voting systems can’t be audited with a level of confidence comparable to physical polling places.”

What do you guys think of India’s move on blockchain adoption for voting? Do share your views