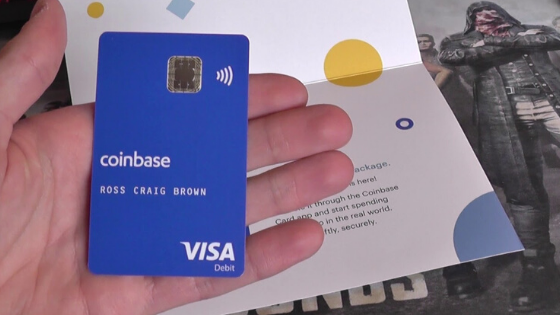 Coinbase is now a principal member of VISA, according to the Feb 19 announcement. This will allow it to issue debit cards without relying on third parties. The membership is an evolution of Coinbase’s current relationship with VISA, with the cryptocurrency exchange providing a Visa debit card. Called Coinbase Card, it allows customers residing in the European Union or European Community to spend multiple cryptocurrencies.

While the card itself can function globally, people residing outside of the supported areas can’t order it. Coinbase reports that the card is seeing the most usage in the United Kingdom, followed by Italy, Spain, and France. Through the direct integration with VISA, Coinbase promises that it now can provide additional services and support more markets. The company, however, asserts that it is the first “pure-play crypto company” to become a principal member.

Like many other crypto cards, Shift was hit hard by the revocation of WaveCrest’s Visa license in early 2018. The Gibraltar company was the effective issuer of almost all debit cards that served cryptocurrency users. Shift finally shut down operations in early 2019.

The new version is supported by Paysafe Financial Services Ltd, the company behind consumer products such as Skrill and PaysafeCard. It is unclear when or how the transaction to Coinbase-issued cards will occur.

Coinbase representatives didn’t immediately reply to a request for comment. We’ll update you once we receive more information regarding this.

In the meantime, tell us what do you think about this subject matter? Share your views in the comment section