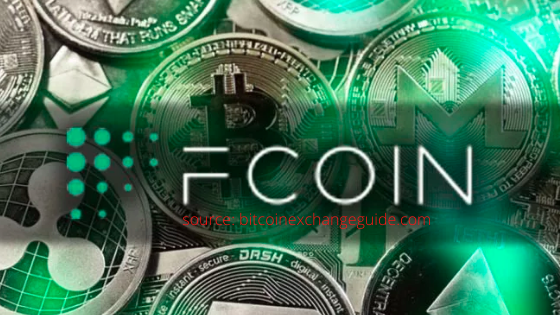 Zhang Jian, the founder of Chinese crypto exchange FCoin, revealed in a post earlier today that FCoin may not be able to pay the 7,000-13,000 BTC (that’s $67 million to $125 million) that it owes users. According to Zhang, the exchange hasn’t been hacked and isn’t an exit scam. But evidence suggests it might be exactly that.

Zhang claims that the shutdown is the result of a series of internal data errors and decisions that are too complicated to explain:

This is a problem that is a little too complicated to explain in a single sentence. The time span is also large, and the two-story development lines are advancing and affecting each other at the same time, leading to the final outcome.

The Beginning of a Nightmare Starts Here for FCoin

After FCoin’s launch in May, the exchange’s reported trading volumes became some of the biggest in the world overnight with a new business model called “transaction mining“. Later it was reported by one Redditor that this volume was actually fake. The FCoin order book appears to be crawling with bots. “The price of FT is constantly manipulated,” wrote one Redditor, who also described the exchange as a scam.”

The business model was suspicious from the get-go. There was no airdrop nor ICO at launch. FCoin distributed 51% of its native tokens to users for reimbursing transaction fees. Users were incentivized to transact as frequently as possible since the platform reimbursed 100% of the transaction fees they paid in FT tokens. 80% of the exchange’s daily revenue from transaction fees was then paid back to users.

Binance’s CEO Changpeng Zhao has called the FCoin Ponzi scheme since the middle of 2018. He also commented on Zhang’s post in a tweet:

I rarely called out anyone, with exceptions. On Chinese social media, I called FCoin a pyramid scheme in mid-2018. Their founder calls his own plan a better invention than bitcoin. That did it for me. Who would say such a thing? About themselves? Except scammers.

Zhang said there had been errors detected in the FCoin system ever since 2018 but didn’t explain why FCoin had failed to address such problems before it’s too late:

With the deepening of the investigation, we found a large number of existing data problems of dividends and mining returns. These problems have existed for many days. As a result, a large number of users have already been through operations such as buying and selling various currencies and writhdrawing cash, causing the pollution of assets.

The platform was suspended a few days ago by its own account for risk control. This caused a great deal of speculation that the project was shutting down and its operators were using it as an excuse vanish.

In the last few sentences on his Reddit post, Zhang claimed he would handle the users’ email requests for withdrawals personally. He also mentioned that he will compensate FCoin user losses with the profits he would make from his other projects. But then again, he didn’t mention that specific project he has been working on or when would he be able to pay back the money he owes to the users.

Some Chinese sites have reported that with Zhangjian’s admitting he owes users $125 million debts, he might face potential civil lawsuits in the near future. Yet given that the exchange is registered overseas and Zhang has also moved out of China, it may be difficult for the FCoin case to see a domestic legal solution.