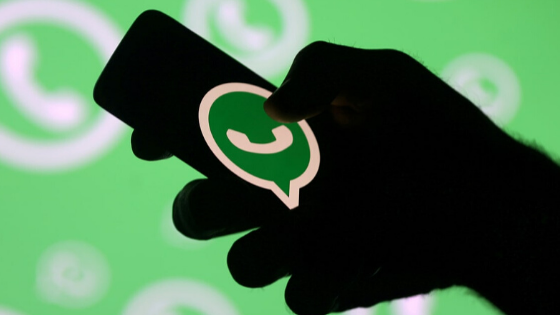 WhatsApp, the social messaging application is quite popular among cryptocurrency enthusiasts. It now seems that service providers are building dedicated products for these users. According to the recent news, GABY.AI with the help of FUTUREBLOCK and BANCOR released a new trading bot for WhatsApp.

A remarkable decision, albeit one that can also boost the global adoption of Bitcoin and Altcoins. The goal of the partnership mentioned above is to facilitate the exchange of established digital assets. Those include Ethereum and ERC20 tokens, with potentially more added soon. Under the hood, Bancor and Gaby use Bancor’s smart contracts. Those have integrated into Gaby Wallet.

It is always interesting to see what a cross-over between smart contracts and a cross-platform network focusing on blockchain for social communities can bring to the table. In this case, it appears that managing crypto holdings through WhatsApp is one option being explored.

WhatsApp remains one of the biggest social messaging platforms in the world. It has a very large user base, making it a perfect target for cryptocurrency-oriented projects. Other basic functionalities are sending and receiving funds. Users will not need to download extra software for this. Because all conversions are taking place through WhatsApp directly. More features may roll out in the months to come.

Sending and Receiving Bitcoin, Litecoin, and Ethereum via the Giant Messaging Platform

According to early reports, a Swiss-based crypto messaging platform Lite.IM already rolls out a tool. It’s a tool developed to simply send and receive BTC and LTC via WhatsApp. All a user has to do is to add the Lite.IM WhatsApp bot and follow the instructions to start using and earning virtual currencies.

Similarly, Zurich-based company the Zulu Republic released a tool developed on the Ethereum blockchain. It’s one of the top 50 companies in the Swiss crypto valley.

The world’s popular messaging app alone has more than 1.5 billion users worldwide. Therefore, it is possible to reach those areas such as Southeast Asia and Africa where the technology is certainly not at the level of the most developed countries through the use of mobile. More and more people convinced today that bitcoin is a mature asset that can really meet users’ expectations.

For now, this is just an add-on, but in technology when enough people start using add-ons it can become a pre-installed integration in the app itself.

So, what do you guys say? Is or Isn’t It a good move? Express your views in the comment section