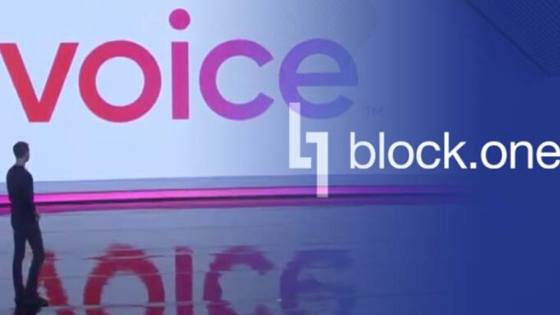 Voice, the decentralized social media platform, hires former Forbes executive Salah Zalatimo as its new CEO. Salah was working as the Chief Digital Officer at Forbes. The press release comes just now ahead of Voice’s upcoming beta launch. Salah joined Forbes in 2015 and lead a successful digital transformation there. As a result, it rebuilds the Forbes platform from the ground up.

At the same time, Brendan Blumer CEO at ‘Block.One’, while addressing the new hire comments that

Salah Zalatimo is a rare combination of product and media talent enriched by an entrepreneurial past. His experience in creating state-of-the-art content monetization and publishing tools makes him uniquely qualified to lead the decentralized social media platform “Voice”.

Launched in June 2019 by developer ‘Block.One’, the blockchain-backed social media platform (Voice) has a goal to achieve ASAP. And that’s to bring integrity to social media. Meanwhile, it intends to establish a new economic model as opposed to selling personal data and targeted ads at the expense of users.

For this reason, Voice will include advanced identity verification. It will make sure that every user is an actual person and not a bot. To keep the users engaged and entertained, Voice also has a reward program. Social media users in Voice will get Voice tokens as rewards for achieving likes and community engagement on their posts.

One of the most challenging tasks for Voice is to attract a sizeable number of users away from the other leading social media platforms. Because Facebook’s dominance in the field can’t be simply ignored. Therefore, Voice will have to hope social media users appreciate and want the service that it is offering.

Adding to the points, Salah Zalatimo said to the media that blockchain technology will undoubtedly drive digital product innovation in the near future. Therefore, it has a fundamentally better way of empowering content creators and participants. Jack Dorsey is yet another investor in this decentralized social media platform.

Jack Dorsey, in his series of tweets on 11 December 2019, has pointed out that a number of challenges social media networks face during their operations to developing a decentralized standard for social media. Additionally, the Twitter and Square CEO, Dorsey has said that he and his team envision Twitter to eventually become a user of the new standard.