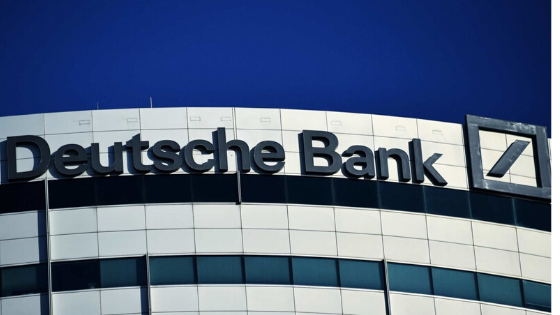 Germany’s largest bank, Deutsche Bank, unveils that cryptocurrencies won’t replace fiat anytime soon. The bank says cash is unlikely to disappear anytime soon despite declining use as a payment method and the surge of digital currencies.

The German multinational investment bank, Deutsche Bank, predicts previously that cryptocurrencies will replace fiat by 2030. But now claims that cash will be around for a long time as a preferred method of payment.

The bank has forecast a tentative future for cash in one of its recent “The Future of Payments” reports. The bank’s research arm Deutsche Bank Research carries out the reports by analyzing facts and figures. The report was titled “Cash: the Dinosaur will Survive… For Now” released first on 21st January 2020. It represents the first part of a series of reports on the future of payments. The second part called “Moving to Digital Wallets and the Extinction of Plastic Cards” released on 23rd January 2020. The third and final part of the series, “Digital Currencies: the Ultimate Hard Power Tool” released on 27th January 2020.

Despite expressing its confidence that cash will remain a major payment method soon, Deutsche Bank admits to a growing role for the ongoing digital payment revolution. The bank wrote in its “Cash” report:

In this report, we argue that cash is unlikely to disappear anytime soon. However, a real digital payment revolution has been underway for the past ten years. Cash is losing ground as a sole payment method. Several countries have recently removed large notes worth $100 or more and implemented policies to replace traditional payment methods with digital solutions. In the midst of these changes, non-sovereign cryptocurrencies pose a threat to political and financial stability.

As part of the cash-focused report, Deutsche Bank Research conducts a survey which indicates that a third of people in developed countries consider cash to be their favorite. On the other hand, 50% and more are sure that cash will always be around. Additionally, the bank found that Germans hold the highest average rate of cash among advanced economies, which accounts for 52 euro or about $57 at press time. According to Deutsche Bank, Germany plans to use even more cash in the coming six months.

Furthermore, Deutsche Bank outlines that the future of cash will greatly depend on further developments in India and China. Because these two countries are the two most populous countries in the world. Specifically, the bank emphasizes that both these countries have been encouraging greater use of blockchain technology and digital currencies. As such, China’s President called for the country to accelerate its blockchain adoption in late 2019. On the contrary, India’s securities regulator recently urged on 23rd January that exploration of the best possible usage of blockchain in securities markets.

As China has reportedly seen progress with its government-backed digital currency, Deutsche Bank warned that the adoption of such a currency poses a serious threat to the United States Dollar.

According to the bank’s statement:

China is working on a digital currency backed by its central bank that could be used as a soft or hard-power tool. In fact, if companies doing business in China are forced to adopt a digital Yuan, it will certainly erode the dollar’s primacy in the global financial market.

To cope with the growing trend, Deutsche Bank is also actively working on the developments in this area. The bank in September 2019 joined JP Morgan’s blockchain-based network. The joint venture aims to reduce the cost of processing difficult payments and offer better client services.

So, what do you think? Will crypto replace fiat currencies soon? Agree/Disagree – Do let us know in the comment section