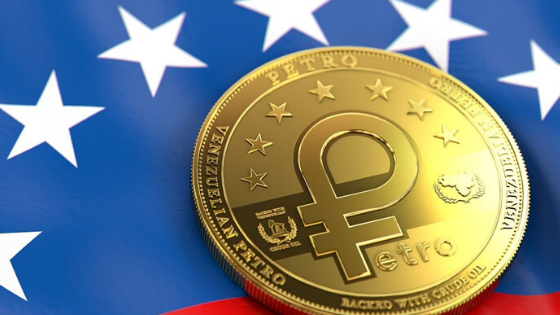 According to the media reports, the country’s oil will be sold in the national cryptocurrency. Other products including precious metals as well as industrial metals will also be sold in Petros.

Per El Nacional, the socialist pleader revealed that the South American country is already selling iron and steel in Petros. While making the announcement, the Venezuelan President says the move to the success of earlier initiatives by the government to popularize the use of the national cryptocurrency by citizens.

Maduro further says that the crypto has proved successful in daily use. Though this couldn’t be verified, last year in July the media reported that Venezuela’s biggest department store was accepting Petros for payments.

Who’s Buying with The Crypto Petro?

Based on the media reports, Maduro didn’t name the companies or countries that are buying or planning to buy the country’s minerals in Petros. In the case of oil, for instance, the U.S. sanctions have scared away potential buyers. This means that even if customers were willing to buy oil in the Venezuelan cryptocurrency, sanctions were already discouraging them from doing business with the country. The amount of oil lying in storage tanks in Venezuela over lack of customers had reached 30 million barrels by November 2019.

Interestingly, the primary purpose of the national cryptocurrency is to evade U.S. sanctions. Therefore, Maduro declared his intent to sell Venezuela’s oil for Petro a little over a year ago.

This initiative surely will allow the government of Venezuela to sell oil in exchange for Petros. And, bypass US-imposed sanctions simultaneously.

What do you guys have to say about the Venezuela government’s step? Do you really think it will work for the government as well as the citizens? Do let us know in the comment section!