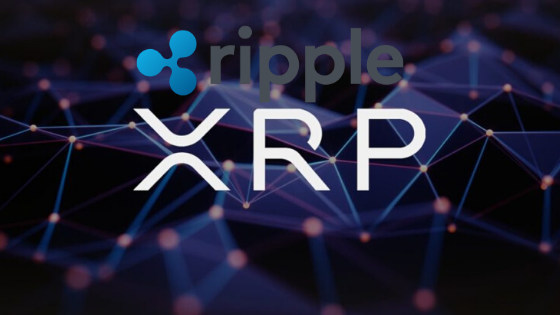 Ripple and XRP, the payments giants today, can truly transform global payments. The MoneyGram CEO Alexander Holmes says in his recent press meet. The comments come from the CEO when he is delivering new insight into the company’s partnership with Ripple. The two companies teamed up in June, with Ripple buying a $50 million stake in the payments giant.

MoneyGram is using Ripple’s XRP based on-demand liquidity now to move 10% of its daily transaction volume between Mexico and the United States. Further, the company is also exploring on-demand liquidity’s potential in Australia and Asia. In his recent interview with the media, Holmes says XRP, Ripple and blockchain technology at large have the potential to transform the payments industry.

Moreover, he says what’s interesting about Ripple and whatever going around the blockchain space is for the first time. First, there’s a technology available indeed that can move money with data. Second, it’s kind of magical in a lot of ways because it’s what the future is all about.

Ripple and XRP have many good reasons to help mass adopt more crypto. Some of them to name are: How do you instantly transfer funds using the platforms. How do users instantly transform the business without all this trapped liquidity around the world? MoneyGram CEO believes that they not only have the best platform to do things efficiently but they also have the vision that encapsulates what users trying to do as well. How do you drive down costs and improve throughput? How do you drive efficiency and provide a better service not only for customers but also for the future and potential customers that are coming? Homles says Ripple and XRP (its cryptocurrency) is innovative in that sense.

Besides, the MoneyGram CEO says the on-demand liquidity allows Ripple to stay compliant with regulators and avoid holding XRP directly. He comments that the technology can lead to cost savings that can either be passed on to customers or shareholders. Currencies are always quite volatile. Thus, you need to understand that it can never be stable. And so the fluctuations in the cryptocurrencies are moving all the time.

Example Given by Holmes

For example, if a customer wants to send $300 from the United States to Mexico, MoneyGram gives them a rate. MoneyGram fixes that rate based on things that matter and sticks to the price. But the price at which MoneyGram has to buy Mexican pesos for purposes of settlement in Mexico, that could be at a different price point by the time the company gets to pre-positioning that currency.

Therefore, if you can take that $300 consumer wants to send and settle it instantly, real-time and give the same rate to MoneyGram that you’re giving the customer, it’s a very interesting opportunity to streamline and take costs out. Further, those costs then can be passed back to customers or as a public company – says the CEO, MoneyGram. However, they can also be driven to help improve margin and profitability for the customers as well and for shareholders at the same time. The CEO concludes his speech by saying this.

That’s what MoneyGram CEO says about Ripple and XRP. What do you guys think? Do Ripple and XRP has the potential to transform global payments? Do let us in the comment section below!