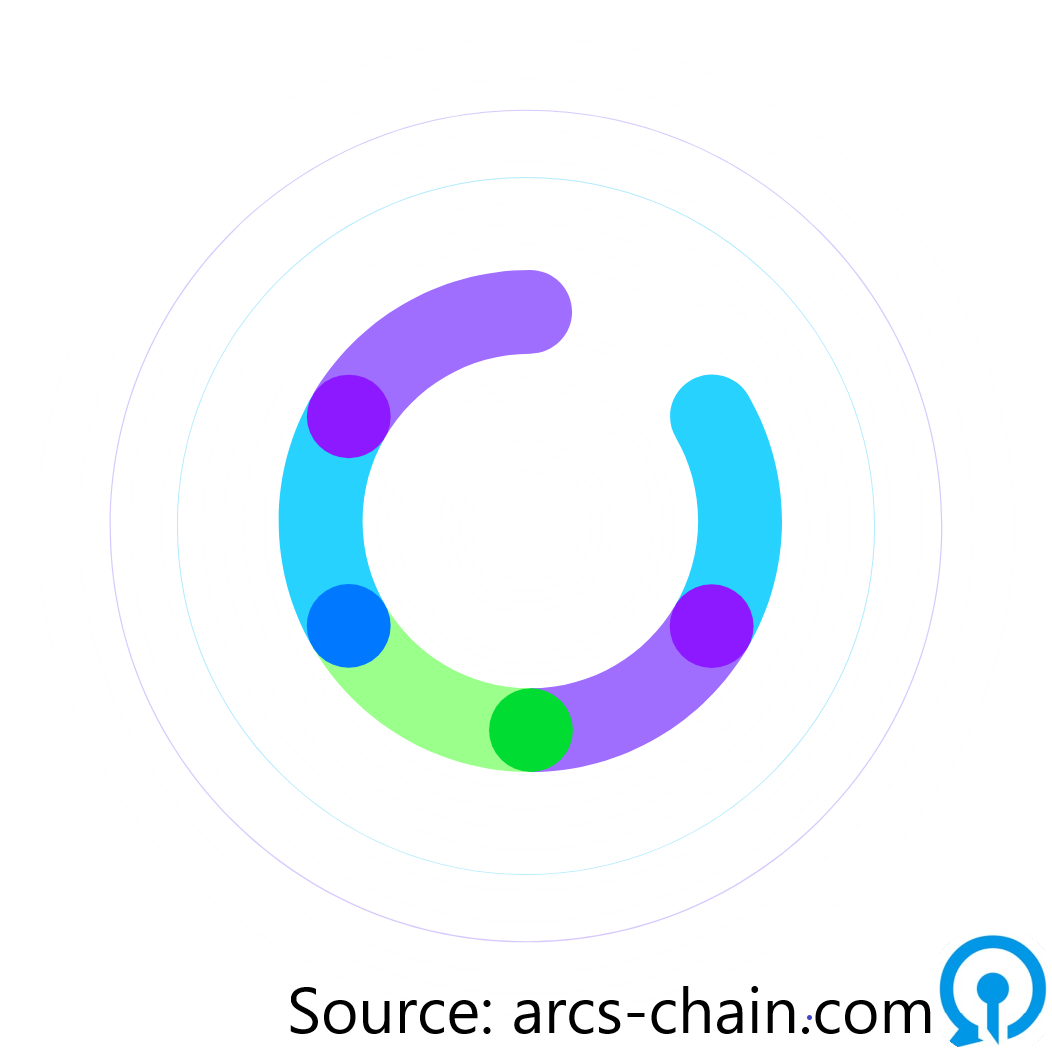 “ARCS”, the new token arrives today in the market to compete with the rest of its rivals. The developers claim that the new token ARCS will create a platform not only for visualizing but also tokenizing the value held by people. It aims for a society where everybody can manage and hold sovereignty over their data.

ARCS is developed by IFA which is a provider of products and services by using blockchain technology. Blockchain is the new age’s revolutionizing technology to record any crypto transactions happen in the decentralized network. But there’s no specified issuer or administrator to look after. Instead, users are the ones who monitor and manage all the transactions happen inside the chain. Due to the decentralized network, fraudulent transactions and falsification of data are near to impossible.

On the other hand, tokens are a type of cryptocurrency asset that uses blockchain technology. And, allow transactions to happen on the internet. Tokens in the near future will prove efficient for products and services, like stocks or reward cards. Be it an individual or a  company, anyone can easily issue tokens, but they can be used using the scope of the service.

Before blockchain technology enters the mainstream, it was difficult to clarify the ideas, values, and other intangibles in possession of individuals. However, tokenizing such values after the breakthrough has simplified the processes, and enable free exchange, monetary conversions, purchases, requests and more. In doing so, all persons can now hold sovereignty over their data.

Purposes ARCS will Serve in the Platform Alre are:

The product platform Alre acquires information from users who make use of a manifold services and companies. For example, signing up for a credit card or becoming a member at a store. This collected data proves highly efficient and valuable for both companies and users. Companies can use this information to create mindblowing and compelling services. In that case, ARCS can be used as a settlement method for the services. The company claims that the cryptocurrencies, tokens by means of incentives will be given to users for offering information.

The company also disclosed its upcoming plan to launch stablecoin secured by ARCS. Again, the price of ARCS on cryptocurrency exchanges will vary depending on the supply and demand – the company told the press. For this particular reason, companies doing the settlement with ARCS to use Alre will be subject to inconvenience due to fluctuation in the price of data at the time of settlement. Therefore, the company plans to issue stablecoins and switch the settlement currency to stablecoin to solve the inconvenience.

The company, IFA Co. Ltd, is planning to list ARCS on KuCoin firstly. Trading will take place as a currency pair initially with USDT (Tether) under the ticker symbol ARX.