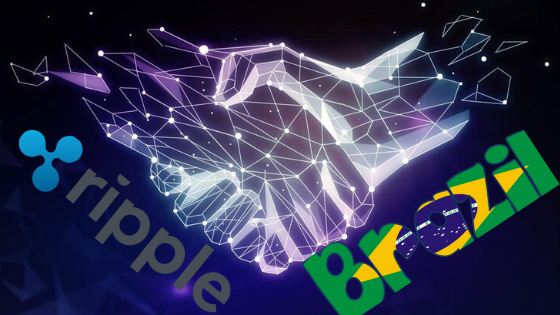 Ripple, the blockchain payments firm, is targeting more partnerships with Brazilian banks in 2020. Recently, the company hit a valuation of $10 billion; and therefore, plans to expand partnerships. The firm’s current focus is to coordinate with banks and regulators in Brazil to make remittances more efficient. The Managing Director of Ripple, South America Luiz Antonio Sacco says to Reuters Brazil.

Ripple officially launches operations in Brazil earlier this year. And, it already has partnerships with Bradesco, Santander, Rendimento and other banks in the country. However, the MD says that the firm will grow greatly in the coming years with successive advances in Brazilian banking regulation. The partnership will facilitate financial transactions including cross-border payments and will develop fruitful opportunities in the coming years.

What Makes Ripple to Enter Brazil?

Most cross-border payment transactions in Brazil are currently processed by SWIFT which is expensive for customers and takes up to a week for successful transactions. But customers can now transfer their amount through the firm at a cost i.e. 10% of the amounts charged by banks.

Furthermore, the move will give the company momentum to continue the cycle of acquisitions and partnerships. The blockchain payments firm buys a slice of MoneyGram this year which is one of the world’s largest money transfer companies. Advances in remittances adopted by Ripple is a way to maintain growth. However, regulators want to discuss cryptocurrency rules more calmly. XRP by Ripple is one of the world’s leading virtual currencies. The head of Ripple in Brazil says their focus is now on discussions with banks and regulators. This will derive possibilities of cryptocurrency coexistence with traditional operations to make transactions more efficient in the global financial system.

Antonio Sacco further says that the company’s vision is to use digital currencies as a medium of exchange and not as a speculative investment.

Ripple expands to Iceland in September this year, and again Ripple announces its partnership with Bitso in October. Bitso is one of Mexico’s largest cryptocurrency brokers. In doing so, Ripple enters Latin America which now focuses on helping Brazilian Banks and their customers.