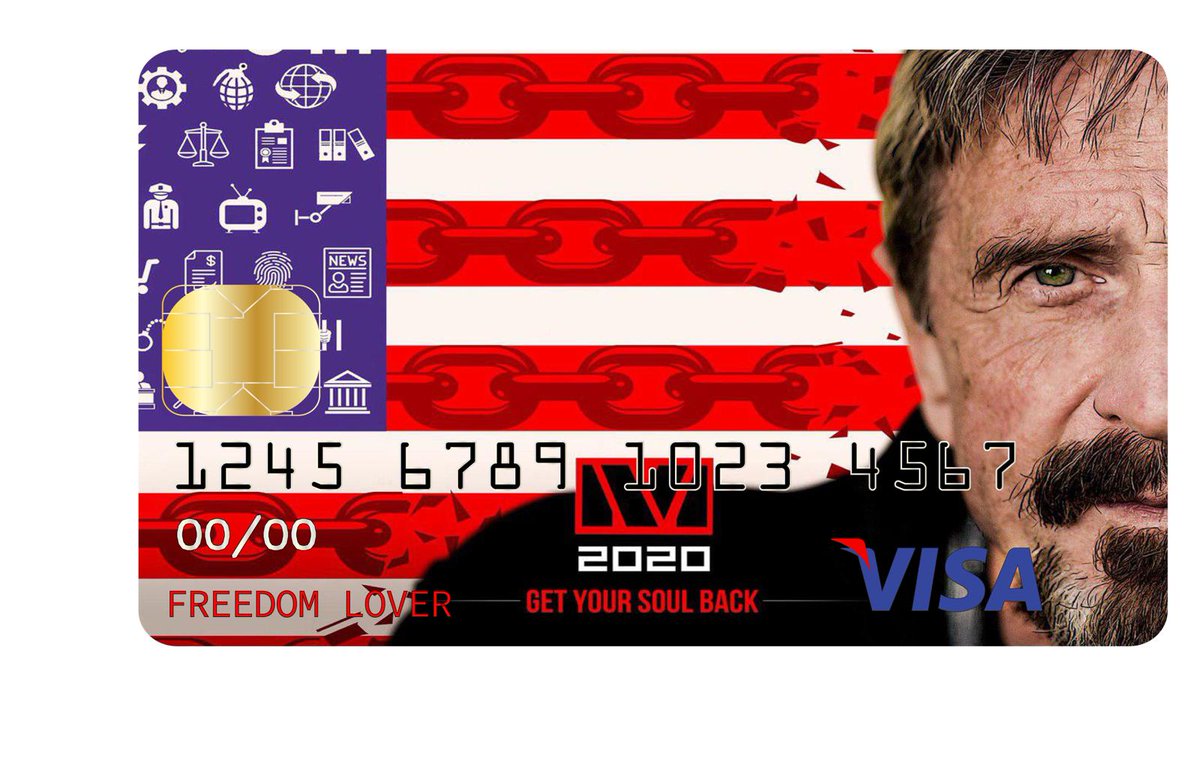 Soon cybersecurity genius John McAfee will launch bitcoin debit card. McAfee has mentioned this in a recent tweet on his official handle. According to him, this card will be accepted everywhere. A cardholder has to load it with bitcoins. Then it can convert into local currencies. The card will bear the VISA branding. Mr. McAfee even shared the image of the bitcoin debit card prototype which shows both the front and rear sides.

The card will release with two kinds of designs, a plain and a special edition. The latter will feature his face over an American flag background with broken chains. On the lower left corner of the card, you will see the script “Freedom Lover,”  and on the bottom, it features McAfee’s slogan, “Get your soul back”. On the rear end, there is a QR code which probably serves the purpose of loading bitcoins.

According to him, the first 12,000 debit card will have this special design. Others will be of plain making. There is no mention of any particular date for the public release of this bitcoin debit card. Anyways, this is good news for all the crypto folks who wanted a convenient way to load and spend their digital money easily.