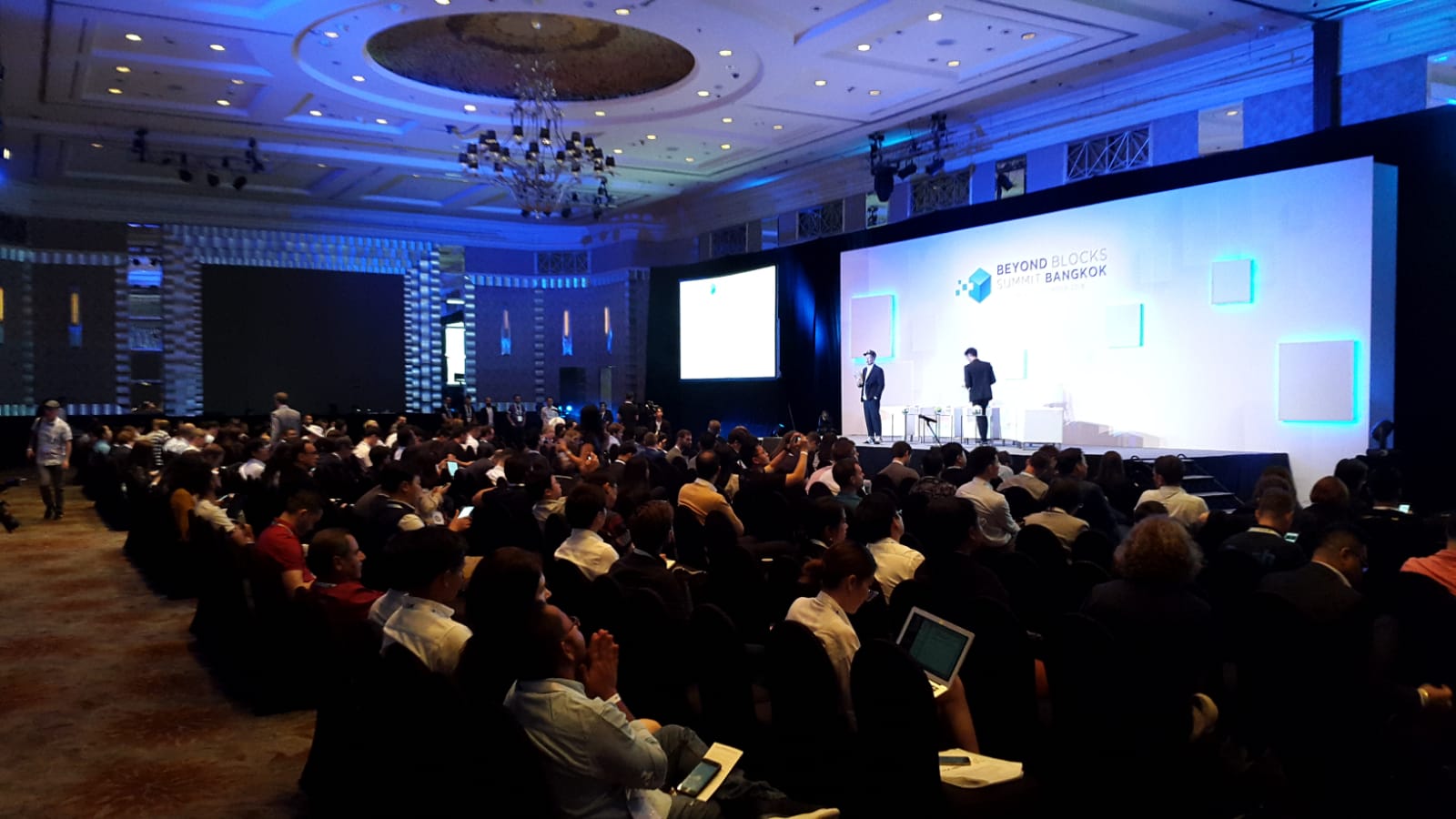 In the recently held Beyond Blocks Summit (#BBBKK2018), November 26th-27th in Bangkok, the Askrypto team had the opportunity to interact with several budding blockchain entrepreneurs. In an exclusive interview with Askrypto, this is what the teams of Cryptomatic, EBCoin, HashMax, Good Luck 3 and Six Network had to say:

“We are a bitcoin management company that have introduced Cryptomatic ATM machines. These ATMs allow crypto owners to buy and sell cryptocurrencies. People can exchange their fiat money with any form of cryptocurrency. It is designed to trade Bitcoins and hundreds of other cryptocurrencies on them. The ATMs look similar to the traditional ones in hardware but the software makes it different. The machines weigh  around 250 to 300 kgs and can be put anywhere just like traditional ATMs to introduce the world of cryptocurrencies to average citizens.”

How they tackle the potential point of failure with delayed BitCoin transaction times and high latency, we’ll have to wait and see.

EBCoin, self styled as the “best gift for travelers” aims to significantly reduce the procedures that occur in the current sales tax refund process operation and pay 100% of the refund to travelers.

“HashMax is bitcoin mining service provider. We are a combination of cloud mining and hosting service with 3000+ units of Antminer S9 and facilities to run your physical miners. One of our partnered spaces can hold up to 25000 Antminer S9”

Currently, the company hosts only ASIC mining which includes ZCash and Dash mining.

Good Luck 3 is a Japanese company. Rakun is its three months old project with 10 thousand user base. It’s a gaming infrastructure, with games like CryptOink, currently available on Android and scheduled to be on iOS by the end of December 2018.

“In CryptOink, gamers buy pigs as digital pets using fiat or cryptocurrency. Users can breed unique pigs as collectibles as well as race with their friends and earn tokens or racoons upon attaining first place. They can sell these tokens later in the market for higher values, as well as auction digital pet pigs.”

Targeting the demographic of millennials, Rakun hopes to follow CrytoKitties into fame.

Six Network provides a platform for an efficient digital ecosystem. The company is striving towards building a better digital infrastructure using blockchain technology and smart contracts.

“Six Wallet is our product that provides fast and secure digital transactions suitable for day-to-day life.”

Another service named ‘Six Blockchain Startup Fund’ is a program that offers cash and Six Tokens to support blockchain startups. The company already has more than 10 million users right now.