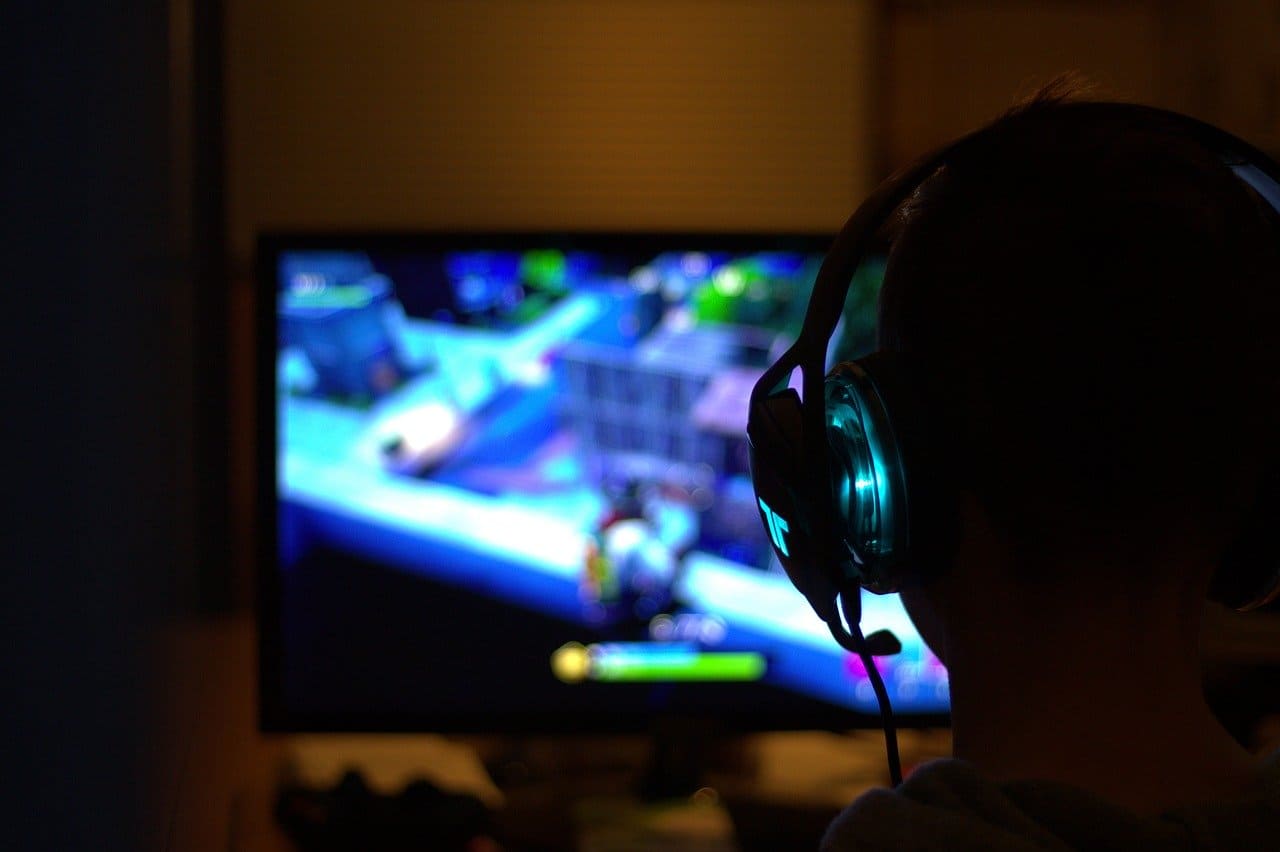 Blockchain in gaming is one of the hot topics of the market. This year the interests of both young software developers and big companies are catching up. Also, conferences and hackathons held regularly across the globe for developers. That to search for new ideas to incorporate blockchain into games.

Decentralization and open-source design are the main benefits of blockchain. This could also significantly change the gaming industry. And that technology takes trust between developers and players to a new level. Users can now even own and share in-game assets freely without intermediaries, and also between different games.

This also helps game developers because they can gain additional money by selling tokens and items for gameplay. AAA video games releasing using blockchain is still a long way off. And gamers won’t be playing World of Warcraft or Counter-Strike on Ethereum anytime soon. But blockchain games that allow gamers to earn tokens are becoming more frequent. As well as an enticing way to spend one’s time.

The increasing interest in blockchain-using games could not be isolated. From the growth of the blockchain itself, or rather the introduction of different types of tokens. Nearly all these games use nonfungible tokens that record unique features of an in-game object in token metadata. And allow items to be transferred from one game to the next.

One of the most popular tokens today is the ERC-1155 Multi-Token Standard, developed by the Enjin project. This can be released and delivered simultaneously in significant quantities. Its success is clarified by the BlockPegnio team, the developers of the Six Dragons game:

“We have built all our platform on the Ethereum network. Using Enjin Platform ERC-1155 standard and tools. Our decision was driven by the security of the Ethereum ecosystem, the simplicity of Enjin blockchain tools. And the excellent blockchain wallet of Enjin, that can be easily used not only from crypto-experienced users but newcomers as well.”

Also, major investors fund NFTs and the games they use. The Winklevoss twins purchased the Nifty platform in November 2019. Positioning themselves as the first unified NFT exchange focused on US dollars. The platform would require U.S. users to withdraw fiat and aims to soon introduce withdrawal of funds for foreign users.

The interest in blockchain-based games has been on the rise since 2019. Allowing some ventures like Gods Unchained to generate substantial revenues. It promises to be even more exciting for the industry this year. The biggest shift is likely to be seen mainly in the development of different game genres. Which was confirmed by the BlockPegnio team:

“In terms of popularity, we have to recognise that last year Gods Unchained was the most popular title. We expect game developers to start focusing on creating real gaming experiences that can reach people beyond the blockchain niche market. That means, to move from gamified concepts (such as CryptoKitties, Axie Infinity, and Trading card Games) to real 3D experiences like fantasy RPGs, first-person shooters, and the likes.”

In addition to the largest current projects, such as the Sandbox, Decentraland and Gods Unchained. The industry will see a variety of developers seeking to change the gaming status themselves in 2020. And these projects are not just card games.

The Six Dragons is an RPG developed for PC by BlockPegnio Ltd. There is currently an early alpha version of the fantasy game and it boasts a vast open-world for players to explore, battle, farm, harvest and build more than 300 unique blockchain objects.

Players can also create their path by developing unique character classes with unique combinations of wizards, warriors, and clerics based skills.

Since the game is a single-player, players may gather and embark on adventures with a party of five companions. BlockPegnio is also preparing to release PvP fights, an expert mode with standard equipment and a two to the four-player joint game. 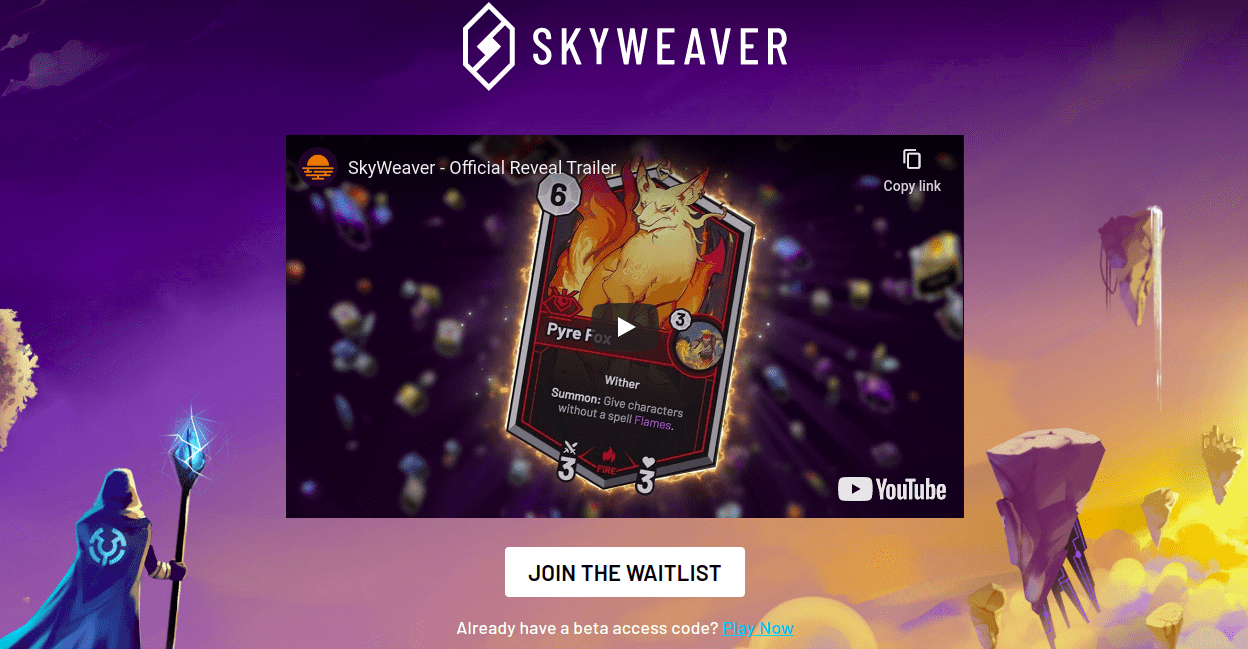 The genre of card-games is booming. One of the favorites is SkyWeaver, a free blockchain-based Ethereum card game similar to Blizzard’s super-popular Hearthstone.

SkyWeaver players collect and battle decks of exclusive cards with other players. Users can’t openly swap cards at Hearthstone, nor can they sell or throw their cards away. In comparison, blockchain allows for a variety of choices for players: purchasing, selling, giving away to friends or even destroying cards.

The project is managed by the production company Horizon Blockchain Games, which is also a platform for the distribution of blockchain apps. Horizon confirmed on March 21 the start of SkyWeaver 0 season which will run until the launch of SkyWeaver’s open beta version later this year. The game is already available in private beta and already on smartphones and PC. Michael Sanders, Horizon’s chief storyteller, explained to Cointelegraph how players would earn tokens in the game:

“We co-authored the ERC-1155 multi token standard. SkyWeaver cards are ERC-1155’s. We’ll also have a crypto-token called Weave (ERC-1155), which players can win by ranking highly on the SkyWeaver leaderboards. Weave can be used to craft rare Gold cards (ERC-1155’s) in SkyWeaver. And, there will be an ERC-20 stablecoin for players to use for buying and trading cards in the marketplace.”

Emergents are another exciting project which will emerge soon. In March 2020, Kathleen Breitman, co-founder of Tezos (XTZ), announced the launch of a new game that could theoretically be developed using the Tezos blockchain. This game will use NFTs, which have full ownership of players over. The company will serve as a buyer and seller for NFTs as well.

Neon District is a cyberpunk RPG adventure and the flagship of the blockchain game development studio, the Block Games. The plot is simple, taking place in a town called Unity. Where there are neighborhoods of rich people and a quarter of outcasts in the “Neon District.”

The rebels fight an authoritarian regime. Players level up their characters, collect NFT equipment, develop strategies, fight on story missions and between themselves. As the level of characters and equipment increases, players can choose new abilities and properties. All equipment may be freely sold or exchangeable on the Ethereum network. The game will be available on Windows, Mac and mobile devices.

The professional sports industry has shown considerable interest in cryptocurrencies over the last couple of years, with several teams taking part. The partnership between blockchain and sports organizations mainly aimed at the tokenization of a practice that stretches back to 20th-century baseball-and-bubblegum summers.

For example, players can assemble virtual Formula One cars in F1 Delta Time, select their drivers and take part in races. Competitive racing is a key component of the F1 Delta Time.

The players can first gain access to qualifications when the racing game comes out this summer of 2020. This qualification consists of three laps, with the starting one in the first lap. The quickest lap used for matching other players in the actual race.

Without a game close to the real world, the year 2020 will not be complete, particularly if it’s possible to buy and sell “actual” items, as in Upland. This game is based on the EOS blockchain, which provides virtual real estate trading in real cities like San Francisco.

The game will be available on the mobile as well as the web later in 2020, but can only be played on smartphones for now. Registration for the beta limited to San Francisco until now. Other cities will appear gradually.

Upland is similar to Pokemon Go but players are collecting buildings and local attractions instead of Pokemon. On a map close to that of Google, players on the EOS network can buy and sell digital real estate. Players may own whole sets of houses, e.g. by type or location, grant specific assets that their actual prototypes don’t own, make a profit, and show the value in fiat currency, as in Monopoly.

Blockchain-based games not just optimized for entertainment. They also serve an important mission: to bring blockchains to an interactive experience. And to draw people who are unfamiliar with the crypto world a significant move towards the technology’s mass acceptance.