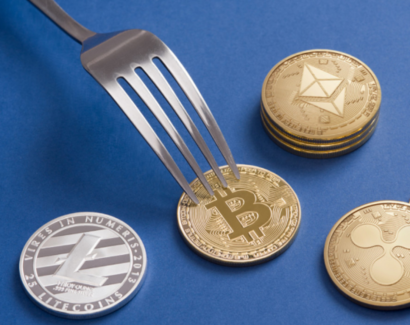 One of the most important features of blockchain is its ability to fork. If you have the slightest interest in blockchain and crypto, you will regularly come across the terms hard fork and soft fork. In case, it never aroused your curiosity, let us explain and simplify it for you. A fork in the blockchain is basically a software update for the system which employs the technology.

Well, you may say that you have an idea of software updates on your smartphones and PCs. So, you may think that the concept of the fork may not be any different on the blockchain. However, there is a considerable difference. Blockchain, as we know, is a decentralized platform. It has a shared network or ledger that can be accessed by participants on that network. All the participant systems have to agree over the verification of a single blockchain of information.

Same way when an update or fork has to happen it must happen on all the systems or nodes that are making use of the system. All the nodes must be able to share the ledger at the same time only when the fork takes place in all the nodes. Concurrent functioning is very important to implement a secure blockchain platform.

So, let’s get going and know in details about the soft fork and hard fork in the blockchain.

Different Types of Forks in Blockchain

There are three different types of forks which may occur in a blockchain network. We will discuss them in details.

The temporary fork happens when two blocks of data are discovered simultaneously. These forks can be resolved by using the proof-of-work systems. Out of the two blocks, one which has a greater hash rate or it has a greater probability to form further blocks in the chain is finalized. The selected blockchain is termed as ‘true blockchain’. The other blockchain or the shorter one(that may not form further blocks) is dropped.

Soft Fork in the Blockchain

It is that process to upgrade the blockchain network in which the new updates can work on the older version of the system. In a soft fork, the nodes do not have to get themselves updated to get compatible with the upgraded system.

Let’s take an example of the soft fork. A soft fork is being carried out to change the network block size. Now two things will happen. the nodes that follow the old, as well as the new rules, will acknowledge the transactions as valid. However, on the other hand, the mining nodes that have not upgraded and when they try to mine new blocks, they will not validate the transaction as the network block size have now been changed.

Hard Fork in the Blockchain

A hard fork in the blockchain is a software update which detours from the existing system. This means the existing older systems cannot be compatible with the new set of rules. All the nodes in the participating network must upgrade to the latest version of the software.

The nodes who are still on the previous software must upgrade to the new rules otherwise their blocks will not be validated. However, if there is support for the minor chain, then both the true blockchain and the other one can co-exist.

Now, let’s know about the two kinds of hard forks.

It is an update to the existing protocol which has been specified by the developers. The project developers and the community have already reached a large number of consensus.

One example of this can be the planned hard fork of Monero in 2017. Post the update, a new feature called Ring Confidential Transaction has been integrated into the system.

The scope for contentious fork arises when there is disagreement between various stakeholders in a project.. by stakeholders we mean developers, miners, network users, etc. disagreement here means that a significant portion of the community decides that carrying out major tweaks in the code of a cryptocurrency will produce a superior blockchain.

The best example for this can be the Bitcoin cash hard fork which was implemented to increase Bitcoin’s block size to enable faster transaction.

So, that’s was all about the soft fork and hard fork in the blockchain. We hope the post was informative for you.